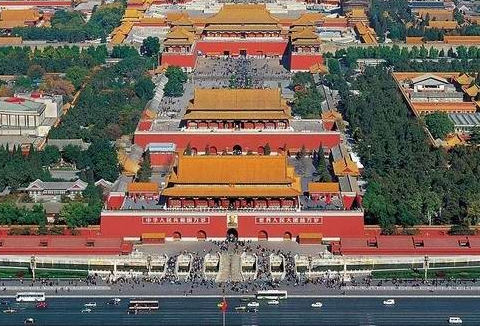 Under what circumstance you should not have a tour in Beijing

If you are in China now or have read the newspaper or watched TV,there is one thing you must have known that Beijing is suffering from terrible fog and haze.Beijing is a crowded city as there are a large number of buses,cars and factories,the exhaust makes the air pollution poor and nowadays,people in Beijing have to wear a mask to fight against the toxic in the air.All the buses and cars have to slow down because of the low visibility.The fog has become a priority of the city to deal with.In my opinion,this is not a good time for a tour in Beijing.Besides the fog and haze,September to October is the most beautiful and comfortable time in Beijing.Winter is too dry and cold,summer is so hot and it rains a lot.Spring is better butsometimes you have to bear the rain and sand storms.Clear blue sky is hiding more and more from people in Beijing so pleasebe prepared that you may be disappointed about the climate of Beijing.

How many days needed for a tour in Beijing

This depends on your purpose of coming to Beijing.Generally,four days or one week should be enough for visiting some attractive places in Beijing.But if you want to learn more about Beijing,you will be eager to go deeper.Wandering in a hutong,eatin a small but authentic restaurant and even living with a family are all possible things.Maybe you will feel reluctant toleave Beijing after a deep tour in Beijing.

Places to go for a tour in Beijing

Tian An Men Square: The center of Beijing.A huge square situated in front of the Forbidden City, especially famous in theWest for the riots of 1992. It hosts Mao Zedong's Mausoleum,the Ten Great Buildings,the National Grand Theater,the NationalMuseum of China and Monument to the People's Heroes.

The Forbidden City: The old imperial Chinese palace is situated exactly at the center of Beijing. It was built around 600 years ago and nowadays has been transformed in a museum of 980 buildings, many of which are open to the tourists.

The Summer Palace: Located in north west Beijing,the Summer Palace is known as the most famous imperial garden of Beijing. The buildings that compose the palace are situated on the Longevity Hill, which face Kunming Lake.