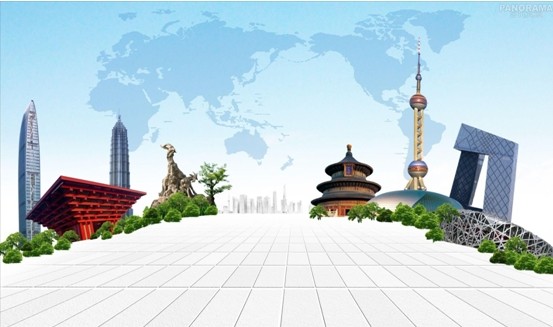 Normally, I’d like to explain Chinese cities mainly in 6 groups, namely international metropolis, metropolis, budget cities, historical cities, featured cities and coastal cities. Just for your information, definitions of these six groups are listed below:
>> International Metropolis: An international metropolis is usually the political, economic and cultural center of a country, with a population in excess of 10 million. China has Beijing and Shanghai as its international metropolises. These cities' degrees of modernization are the same as New York and Paris.
>> Metropolis: A metropolitan city is usually the political and economic center of a particular region or province.
>> Budget Cities: These mid-sized cities usually have a lower urban population than metropolises, and they have characteristics of their own.
>> Historical Cities: Historical cities generally served as China’s political, economic and cultural centers during ancient times.
>> Featured Cities: These cities are special because of certain landscapes or famous people
>> Coastal Cities: China's coastline is 18,000 kilometers long; many cities are near the beach, where there are also many excellent universities.

You can click here to browse our China City Index to see the details. >>>

After you have rough and somewhat official information of Chinese cities, let me show you something that I see very important.

China’s air pollution is a world-known issue. I was asked by a student from Poland that why it is so difficult for him to find a city where he can see blue sky from time to time, and, “Does blue sky ever exist in China now?” I didn’t know how to answer him the first question, because I also hated the pollution so much. But as to the second one, yes, luckily, we still have blue sky.

Dalian and Qingdao are located in the north China, but they could also be categorized as coastal cities, therefore, these two cities are good places to study Mandarin and they are very familiar to Beijing geographically, but air quality in these two cities is way better than that in Beijing.

The general tendency now is that air pollution in north China is worse than the south. If you want to avoid the pollution, you’d better choose the cities located in the south, and Shenzhen or Kunming are good options. Shenzhen is very convenient regarding living for it is near Hong Kong, and it’s a good choice to spend a weekend in Hong Kong for some relax. Kunming is called the Spring City, thus, you can tell how the environment is just from its name. Many Chinese people like Kunming either because the nature seems to stop its season rotation and keeps it as Spring for the locals permanently.

You may want to browse more Popular Cities in China. >>>