There are about 300,000 foreign students come to study in China in every year, in 2014, it is estimated that the number will reach 400,000. How do such a huge amount of spend their spare time? How do they watch 2014 world cup in China, the country with over 1.3 billion people? This article shows you how do foreign students watch 2014 world cup and cheer up for their countries. 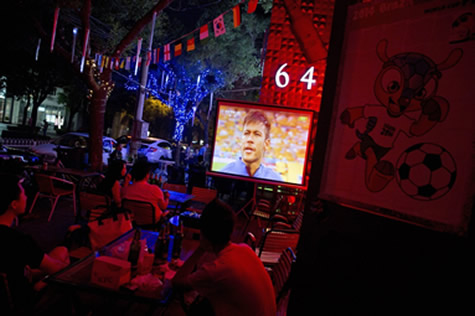 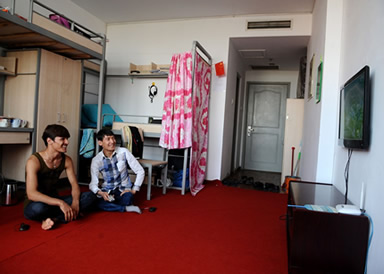 The most popular way for foreign students to watch world cup while studying in China is to watch TV in dormitory. When you study in China, you can book accommodation (such as single room or AB room and double room) at about $1,000 to $ 3,000 per month. Most students would like to find some schoolmates to watch world cup in China’s universities together. 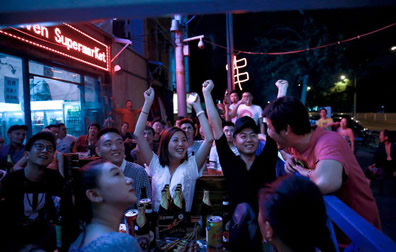 China is famous for its culture of food, Da pai dong is a type of open-air food stall that is very popular in China in summer. People in China would like to drink beer and eat mutton shashlik (羊肉串) at Da pai dong. When world cup comes, Da pai dong will become the public place for people to enjoy watching exciting matches. 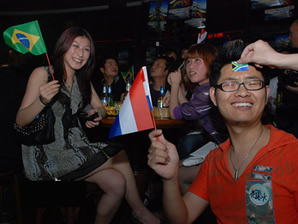 In China, there are also a lot of bars, students from foreign countries could also watch world cup matches there. However, it's expensive to go to bars and watch world cup games. Such as in Bars in Beijing Sanlitun Bar Street, you will need to pay about $60 for each time. 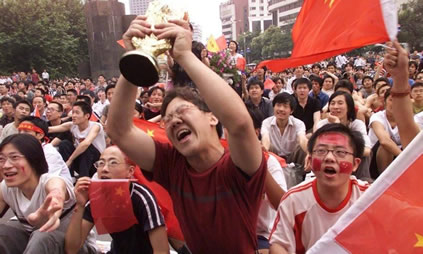 Like many other countries, China has a lot of piazzas. You may find a piazza in almost each city. When you watch world cup matches in piazza, you may feel more passionate than watching it in dormitory, but it will also be more hot and crowded. 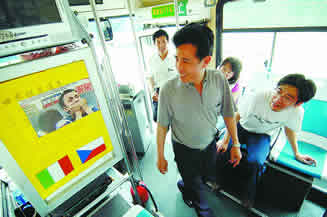 Most buses in China are equipped with TV to help passengers to kill the free time. If you happened to miss a great match, don’t worry, you may see the highlights and replay of the match on bus to your school. However, you have pay attention to the outside of the window in case you miss you stop.

News
Good News for Caribbean Students
Prize-winning Questionnaire for Pakistan Students
China in Soft Power Push with Foreign Students
How to Apply? - Convenient and Safe Individual Financial Service
A Letter to Overseas Students
How to Settle Down after Arrival -- CUCAS Accommodation Booking Service
Mouad Recommends CUCAS to All the International Students
CUCAS Team Was Invited to Attend CACIE 2014
China Improves the Scholarship Standard of International Students