I’ve met with some girls from India or Southeast Asia who were worried about the safety of studying in China. The truth is, due to the great rising of China’s economy, people’s lives have also improved a lot, along with a stable and safe social environment. Therefore, you don’t need to worry about the security and safety of living in China. Chinese people are very friendly to foreigners. Maybe some of us could not speak English, but you can still feel the hospitality from their smile and gestures. In addition, most of Chinese universities implement the accommodation policy that boys and girls are separated in terms of living. Furthermore, campus guards are 24/7 on duty, you could turn to them for help at any time in needs.

But, there are indeed some situations that you’d better keep an eye on them. 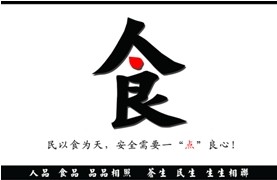 As the country’s population continues to mushroom, so do the number of local food producers attempting to cut costs by using illegal additives and unsafe food practice. 'Food scandals' emerge often, and while this should not discourage new arrivals from trying everything from dim sum to thousand year eggs, caution should be exercised.

Only approach street vendors that always seem to be busy and, until a trusted local can vouch for its safety, avoid the charming but clearly dirty corner restaurant. It is also important to only purchase raw food that, at the very least, looks fresh and appealing. 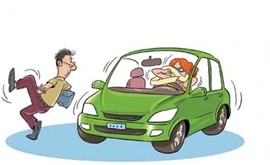 Students who insist on using a vehicle may want to hire a driver at first. When everyone else on the road seems to be openly breaking laws and violating principles of etiquette, driving defensively in China can easily get frustrating. Those who do insist on getting behind the wheel should try to stay calm and allow themselves some time to adapt to the Chinese rhythm of driving.

New arrivals would do well to use Chinese public transportation when it is available. It is generally fast, safe and economical, and is a good way to get to know one’s surroundings.

Don't be afraid to walk either – China can be surprisingly pedestrian-friendly, although being aware of the unpredictable surrounding traffic is important. 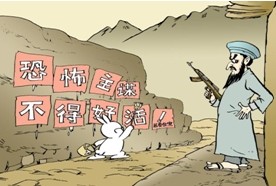 Terrorism is relatively rare in the vast majority of the country and the few incidents that some might group are largely the result of disputes that do not normally affect international students, such as land and social status issues.

In recent times, there have been several attacks in Urumqi, the capital of the Xinjiang province in the fairly remote northwest of the country. These attacks have largely been blamed on separatist extremists from the region's Uyghur ethnic minority. Historically, incidents rarely have effects outside of the province and international students should remain unaffected. 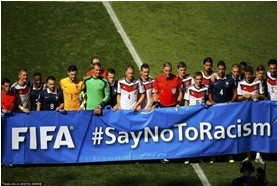 Some parents are worried that racism in China is more prevalent than other places because China is a communist society. However, the fact is that communist society is not the reason that people being racist, racism in capitalism society is much server. Although no one can guarantee that every citizen in China is against racism, the majority of Chinese people have no bias regarding foreigners no matter where they are from and what color of their skin is. 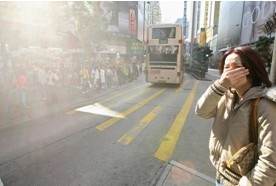 The severe air pollution of PM2.5 has been in the center of attention from a worldwide basis. This situation happens in almost every city in China, but generally speaking, north China is worse than the south. Personally, I know the feelings of breathing fresh air every day in a foreign country, and then suddenly get into an environment being around by smog every day.

We brought up this issue here not to scare you, but aim to describe a reality for your information. It’s useless if we want to hide the situation, because foreign media have already reported it. But another truth I think you should know is, Chinese government and big corporations have cooperated and exerted their efforts to bring the pollution under control, but this gonna be a long period. However, we have firm faith in the management. For now, experts have already figured out the reasons of how the smog has formed, so the management policies have been implemented nationwide.

Although Beijing offers the most opportunities and programs, but I think you should be aware that smog in Beijing is not light. But this does not mean that you cannot see blue sky or sunshine in Beijing, it’s just a simple comparison of Beijing and other cities. Therefore, if you want to learn in a fairly well environment, suggestions may be choosing schools located in the south China.

For those who’d like to stay in Beijing and its neighborhood, you should make an effort to exercise regularly and use an air-purifier at night. Although particulates can cause sinus congestion, itchy eyes and a running nose, most healthy individuals will not suffer long-term effects.

News
SMU Journal (Humanities and Social Sciences) Was Selected into the Top 100 of 2018 Journal Digital Influence
SMU Enactus— Being Invited to the Social Innovation Competition of the Enactus World Cup With a Project Display
Journal of Southwest Minzu University (Humanities and Social Sciences) Selected as
The Third Training Session on “Psychological Consultation Ethics of Chinese Culture of Culture-inclusive Theories” Hold by School of Social Psychology
Student Achievements of Summer Social Practice on Display
Our School Has Been Approved 7 General Projects of Humanities and Social Science Research by the Ministry of Education
School of English Studies Held the Seminar on Multilingual Corpus and Knowledge Management and Proposal Report Meetingof National Social Science Fund Project
SHNU Wins 26 National Funds of Social Sciences to be No. 2 in Shanghai
Wang Huanbin Visits the Social Practice Service Team of School of Psychology in Rizhao.