It’s quite a big question. Different individuals could have diverged answers. I’m gonna divide it into two parts: Why learn Chinese? and why learn in China other than anywhere else? 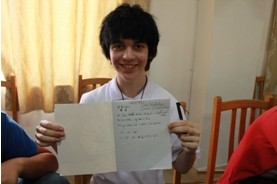 You know what, sometimes I personally feel that part of foreigners are forced or threatened to learn Chinese because of China’s economic strength, not their own interests. So I don’t like all the “official” reasons mentioned above. Just like I have learnt German, not because Germany is prominent in EU, but because I’m a huge fan of Thomas Müller. Call me superficial, I’ll take it:)

I’ve talked to some international students who are now learning Chinese language in Beijing, and answers about their personal reasons could be concluded as: a) They saw Chinese characters and were fascinated by them. b) They like Chinese food. c) They like Chinese people (this is usually from guys who like Chinese girls…)

These are much funnier than the “official” ones, and based on those, I think I can dig more, and yes, I do have some results.

Answer 1:
“Because the locals can't speak English, and they seem more embarrassed and shy speaking their broken English, then I am speaking my broken Chinese.”

Oh yeah, I couldn’t stop laughing when I first heard this. It’s true that a number of Chinese people are not willing to speak English with foreigners, but more than half of them are not because of broken English, but because of shyness. Too shy. Afraid of making mistakes. I have bunch of classmates who can speak pretty good English, but they are just being too shy to say it out. I was one of them, and things got even worse when I set foot on the land of Great Britain because I couldn’t get used to British accent. After 3 months since the starting date of my program, I thought I couldn’t be like this anymore. So I took a trip to European Continent all by myself which would forced me to start talking to foreigners. And it worked, because I found in some cities, locals had worse English accent than me. It made me feel like I had found a family where our English were all sort of broken. And I did have a great time with these lovely people, though sometimes we needed to understand each other by body language. But the important thing is that this experience encouraged me to actually speak with foreigners, and as a result which I have never expected, I love English language more than before, and so far, I have a lot of foreign friends.

So, here in China, the situation may be reversed for you, you are all standing in my shoes now. If you decided to learn Chinese, you will face a big crowded of people who look nothing like yourself, but you will be more confident in communication, whatever it’s broken or worse than broken. And that is my first personal opinion on why should learn Chinese: Gain more confidence, and experience the enchantment of a new language.

Answer2:
“Because I look like Chinese. I encountered several times where people try to talk to me in Chinese. It's my third language that I learnt, although now my fourth language, English, is better than Chinese.”

Can’t stop laughing, again. It really tells a fact that Chinese language is hard to learn. I once was asked by a friend about my motivation to learn German, and we had a conversation like this:
I: “Because I wanna say ‘Guten Tag!’ to Müller personally one day!”
She: “Then just ‘Guten Tag!’ is enough, why you keep learning other things?!”
I: “Because if I really stand on the land of Germany, only ‘Guten Tag’ is far less than enough!”
She:”You’ve forgotten that German can actually speak English, right?”
I: ”….Shut up!”

Now I’m still struggling with German, but it is interesting. For me, learning a new language like climbing a mountain, it’s a challenge which I’m happy to face and try to win. If you learn Chinese and finally nail it, you will gain a huge sense of achievement. Chinese language is developing every single day, sometimes even myself cannot understand certain words and phrases. But that is kind of one interesting facet of studying a language: you can know some new things every day.

So, what’s your personal reasons to learn Chinese language? Mind telling me? 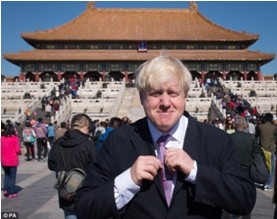 I think answer to this question is simple and obvious. What else would be better than China if you want to learn Chinese? Name one, and I’m sure I can retort you within 1 second:) So I think more important thing is: which city in China to choose exactly could help you learn the most standard and practical Chinese?

To this question, I think you should consider two factors.

First, people in northern parts of China speak more standard Chinese, which is also known as Mandarin, than southern parts, which means northern cities would be a better choice than southern ones, but if you wanna also learn some fascinating dialects, go to south wouldn’t let you down. Second, think about the city scale. Bigger city tends to have more foreigners. If you want to practice Chinese more with locals (just like I threw myself into European lands), probably you should choose a relatively small city that will force you to live in a more pure Chinese-language- environment, which will improve your spoken Chinese very fast.