Degree programs taught in Chinese require students to have reached a certain level of Chinese language proficiency before they are admitted. This is to ensure that students are able to understand classes, complete assignments and sit exams. Most universities ask that applicants pass the Chinese Proficiency Test (HSK) to a certain level as a means of proving sufficient language proficiency. More information about the HSK is outlined below.

The new HSK emphasizes the objectivity and accuracy of the evaluation and stresses the learners’ actual Chinese language abilities.

The new HSK sets clear test objectives to allow the test takers to be able to improve their Chinese language abilities in a systematic and efficient way.

The new HSK retains the former HSK’s orientation as a general (or universal) Chinese language abilities test for adult learners. The results of the test can serve several purposes:
1) A reference for an educational institution’s decision-making concerning recruiting students, assigning students to different classes, allowing students to skip certain courses and granting students academic credits.
2) A reference for employers’ decision-making concerning the recruitment, training and promotion of test takers.
3) A method for Chinese language learners to assess and improve their proficiency in Chinese.
4) A method for Chinese language training institutions to evaluate training results.

Test takers can go to www.chinesetest.cn to check the results and will receive the results for the new HSK issued by Hanban within one month after the test. HSK test result is valid for 2 years, counting from the test date. 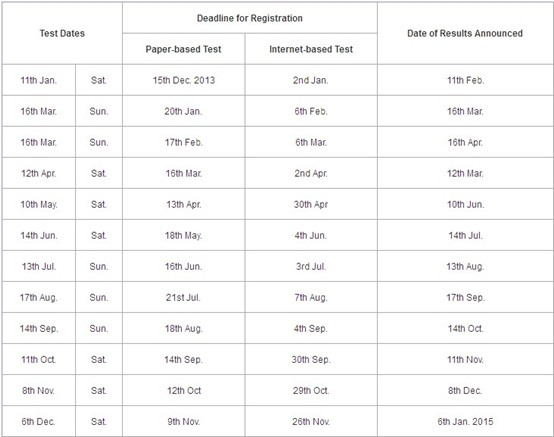