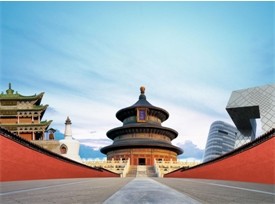 Beijing is, in some ways, like a time capsule. Walking through sites such as the Forbidden City and the nearby Great Wall of China evokes images of ancient dynasties. Tiananmen Square remains the site where Mao Zedong proclaimed the People’s Republic of China.

There are also more recent symbols of China’s ascent on the world stage, such as the iconic venues built for the 2008 Summer Olympics, the titanium-domed National Centre for the Performing Arts, and the oddly-shaped headquarters for Chinese Central Television, known to locals as “big shorts.” 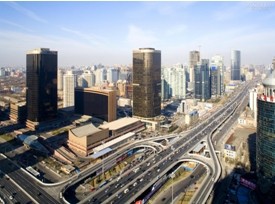 Studying Beijing is especially exciting for international students given its long-standing role at the centre of Chinese culture and politics, and its prominent position in international business, as it occupies a space between the distant past and an exciting future.

China’s first post-industrial city, it is home to dozens of Fortune 500 companies and corporate heavyweights. The city’s financial sector plays a major role in the Chinese economy, while real estate, information technology and pharmaceuticals make their own contributions to the city’s domestic product.

As it stands, the city's size is staggering. Encompassing an enormous 6,500 square miles (16,800 sq km), it is home to more than 20 million people. The sheer magnitude means that there are already smaller city-like districts within Beijing, from expat suburb communities to expansive, shapeless developments. 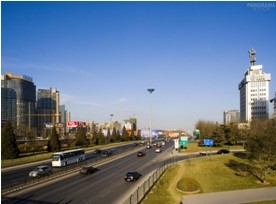 The city’s attractions do, however, come at a price. As much as Beijing is the world’s window into China, and is where China welcomes the world, foreigners often find it difficult to adjust at first.

Beijing is not always as accommodating as other international cities and foreign residents have to overcome the challenges of becoming familiar with a language and a culture entirely different from their own. Growth has brought other challenges to life in Beijing. Hazardous levels of pollution are commonplace, and traffic is consistently congested. Many do, however, make the adjustment successfully and find themselves in a city that is both ancient and modern, and that embodies Chinese culture for a global audience.