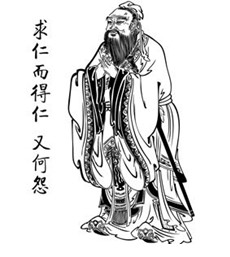 Confucius is the most famous ancient Chinese philosopher in western world. As more and more Confucius Institutes are establishing in foreign universities in recent years, an increasingly number of foreigners are developing the interests in knowing more about the philosopher and his thoughts. In modern China, as a long-lived tradition, children are taught to live by some principles proposed by Confucius to develop kind and healthy personalities, as in the west, people learn what Socrates said. From that perspective, it is true that east and west do have something in common. 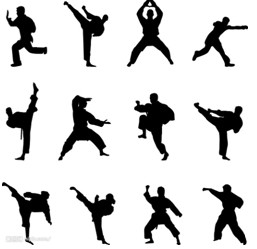 Chinese Kungfu is a series of fighting styles which has developed over a long historical period in China. Nowadays, it is regarded as a traditional sport gaining more and more popularity and even stands as a representative for Chinese culture. Styles including Shaolin, Tai Chi and Qigong have many followers worldwide. If you go to Houhai for recreation, you might stand a chance to meet the oldest martial artist in China so far and be impressed by his great performance. Besides, in order to meet increasing demands of foreigners to study Kungfu systematically, certain universities have opened related courses to spread this treasure of traditional Chinese cultures. 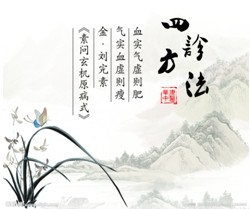 TCM is defined as one of the Three National Treasures of China, along with Peking Opera and Chinese Painting. It has been keeping its place in the medical field, having made great contributions to the health of Chinese people. Nowadays, TCM and western medicine have coexisted pretty well in China, and in reality, many elderly people still prefer to choose TCM therapy than modern western medicine, which represents the inherit of TCM and its significance in world medical field with its special clinical effect, rational theory system and rich practice experience.

Some international students would ask, “how to adapt to life in China? I’m a little worried about it.” Don’t be too nervous or freaked out. People in China are no different from anywhere else in the world; we share the same hopes and confront the same problems. College graduates face fierce competition for jobs. Young couples work hard to save up for an apartment. Parents want the best education for their kids. It’s no difference, foreigners could easily fit in the society.

It is a long inherited tradition that Chinese culture is very compromised, and that is in Chinese people’s nature. You may be surprised by the diversity in China. Western influences could be seen nearly everywhere in big cities, but we’ve still got traditional Chinese culture remains. It is a country where the east meets the west and also the traditional meets the modern. The Chinese population is itself made up of 56 ethnic groups each with their own customs and traditions. All this makes China a wonderful country to travel and explore. 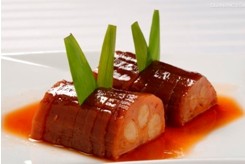 Chinese cuisine has a number of different genres, but the most influential and typical known by the public are the 'Eight Cuisines'. These are as follows: Shandong Cuisine, Guangdong Cuisine, Sichuan Cuisine, Hunan Cuisine, Jiangsu Cuisine, Zhejiang Cuisine, Fujian Cuisine and Anhui Cuisine. Cuisines from different regions are so distinctive that sometimes despite the fact that two areas are geographical neighbors their styles are completely alien.

If you have chance to taste them all, then you’d be very amazed at how different ingredients could become so harmony in one dish. 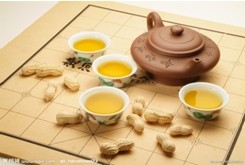 Tea is an indispensable part of Chinese people’s life. As a saying goes: 'Firewood, rice, oil, salt, sauce, vinegar and tea are the seven necessities to begin a day.' Though tea is last on the list, we still can see its importance in daily life. A simple meal in Chinese is Cu Cha Dan Fan, namely coarse tea and tasteless dinner. Even a simple meal is finished off with tea so its importance is obvious.

Tea is a mysterious but harmonious combination; it is spiritual as well as material, and invigorating as well as pacifying. Its character is flexible in different environments. For example, as it goes in a different direction, a different tea culture is formed. In Japan, the rigorous tea ceremony reflects the nation's character of making full use of every resource, while tea also represents peace of mind. In the West, tea with sugar and milk may be served with desserts to create a leisurely and romantic atmosphere.

Similarly, tea-drinking habits vary in different parts of China. Roughly, scented tea is popular in northern China; green tea is preferred in eastern China, and black tea is optimum for people in Fujian and Guangdong.

We Chinese do not see wine as one of the necessities of life, but the culture of wine has made, and continues to make, an impact on the way the Chinese live. Here in China, you have access to varied types of alcohol: Beers are available at nearly every restaurant; Cocktail, Vodka or Long Island Tea etc. could be got in clubs or pubs. If you want to have some red wine, fine, you can easily buy one bottle in the supermarket. But, maybe the best shot for you to try is the typical Chinese white wine, usually called Baijiu or Shaojiu, which in fact is a strong distilled spirit, generally about 40–60% alcohol by volume (ABV), such as Er Guo Tou. Suggestions would be just try some, but don’t be addicted to it.