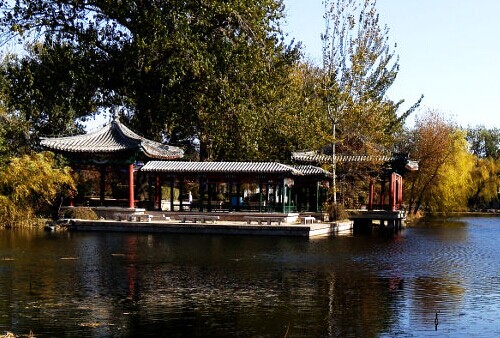 The pros of studying Chinese in Beijing

Beijing is the capital of China.Even if China isn't a centralized country,the Chinese government is investing a huge amountof resources in order to develop the education system and cultural scene of capital every year.There are hundreds of universities located in Beijing, including the two top Chinese universities,Peking University and Tsinghua University. This is most likely the main reason for which most of the foreign students choose Beijing as their destination for studying Chinese.

Mandarin is based on the dialect of Beijing.Mandarin Chinese,which is also known as putonghua, is the official spoken language of People Republic of China.Mandarin is heavily based on the dialects of the North East China,in particular, the dialect of Beijing.If you go to Shanghai,Fujian or other cities in the south area of China,you'll soon realize that local people speak, among them, a dialect that is completely different from the standard Mandarin Chinese. Conversely, in Beijing you'lllive in an environment where everybody speaks a language pretty similar to the one you're studying.In a word,Beijing is thebest place to hear and be surrounded by Mandarin.

Let's put it on this way: do you think it is a wise decision to study English in Scotland where even if everybody is a native English speaker,they talk with an accent and jargon which is far away from the standard English that you hear in movies and fond on textbooks? If you head to the South of China,things will get much worse because the main language of most localpeople is Cantonese. This is a bit like going to Quebec to study English or to Barcelona to study Spanish language.

Beijing is a vibrant city where tradition and history still compete with modern China.A casual walk may lead you to a monument, temple or gate that was build hundreds or even thousands years ago in Beijing. In Beijing,You can find a similar situation, even if with different characteristics, only in Rome, Italy.In my point of view,Beijing is a unique city to learn about Chinese culture while you study Chinese language.

The cons of studying Chinese in Beijing

If you want to improve your Chinese level quickly,a full immersion is definitely the best way.The problem is that nowadays Beijing hosts a huge expat community, especially in Chaoyang and Haidian districts. This means that more and more Chinese people are able to speak English.Thus, you won't have many chances to speak Chinese.

I think the climate is also a variable that you should take into account.The weather of Beijing is a nightmare.You'll have to face the fog and haze,ultra-dry and freezing winters, stuffy moist and hot summers and the sand storms in spring.What's worse, you'll also have to dealwith one of the most polluted areas of China.Beijing is a big and crowded city.Although the public transportation system isefficient and modern,it's very common for you to spend a lot of time on road. A way to minimize this problem is to live near your school.