Confucianism, Buddhism and Taoism are the three main religions which together form the basis of Chinese religious practices and beliefs. Far from eliminating traditional Chinese folk customs, all three religions have continued to develop through the ages with a variety of local names and coloring. In fact, Chinese religion is a fusion of several kinds of belief, which developed over thousands of years by strongly influencing and interrelating with each other, and it is extremely rare to find a pure Confucianist, Buddhist or Taoist as each of the three religions has become inextricably interwoven with the other two. 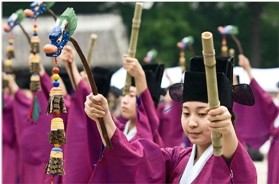 Confucianism is based on the theories of Confucius, who was a philosopher and political theorist. His teachings were amalgamated by his students and recorded in the Analects (《论语》). Confucian writings discussed the role of the ruler and the subject and proposed moral values to direct them both. The harmony of the natural world was seen as responding to the moral conduct of the sovereign and its people, and the cosmos was thus drawn into the ritual practices of the state. Confucian rituals also embraced all aspects of family life, including ceremonies to show respect to ancestors and the preparation of burials by subsuming the earlier ancestor cults. Confucianism has continued to deeply influence the cultural background of Chinese people in their daily lives. 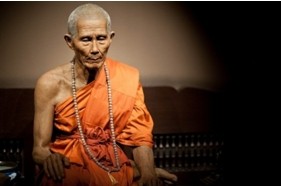 Buddhism was introduced to China in the Han dynasty, along the trade routes which are now known as the “Silk Road”. It was properly established and patronized by the Northern Wei Dynasty and other non-Chinese dynastic houses who ruled northern China after the third century AD. The tenets of Buddhism were concerned primarily with individual salvation, teaching that the release from suffering came through conquering worldly desires. Integrating the ideas of Confucianism, Taoism and other folk religions, Buddhism has played an important role in forming the mindset of Chinese people and society. According to a recent survey, China now has the largest number of Buddhist believers in the world, followed by Japan. 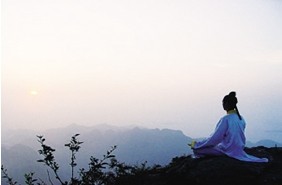 Taoism, also known as Daoism, is a religion which is indigenous to China and its name comes from the Chinese dao (道), literally “path” or “way”. Taoism originated in the Kingdom of Chu during the Warring States period. Taoism stresses “non-action” (“无为”), as opposed to the busy round of official and social rituals and practices, in order to allow nature to reign. The Daodejing (《道德经》), a philosophical text attributed to a figure known as Laozi (老子), emphasizes the need to retire from the world and master the dao. In other words, the only way to achieve a free, happy and independent life is to stay away from the constraints of morality, ritual and politics. Along with Buddhism, Taoism developed popular parallel branches. The two faiths also shared a complex and interrelated relationship and had a number of religious ideas and practices in common, which is also reflected in the fact that until recently most Chinese people tended to consider themselves both Buddhist and Taoist.

It is a fact that Christianity is not a mainstream religion in China, but there are indeed couple of churches in every city, so you don’t need to worry about having nowhere to pray if you are a believer. In terms of other religions, we respect your faith, and what you need to do is to respect ours. In some cases, you probably will not understand local beliefs, but just remember, don’t try to convert someone’s belief, you don’t have the rights to do that, unless he or she is brainwashed by the cult.