The currency in China is the RMB, the abbreviation of the full Chinese name rénmínbì (pronounced rún mín bì), also known as the yuán (pronounced yuen). However, locals almost always use the term kuài (pronounced kwàai) or kuài qián (qián means money), in the same way that Americans refer to dollars as bucks or a Brit might say quid instead of pounds.

The unit of rénmínbì is yuán, jiao and fen, and their correlation is 1 yuan equals 10 jiao while 1 jiao equals 10 fen. However, fen is rarely used nowadays. Banknotes range from one yuan to one hundred yuan, and vary both in size and color. Currently, yuan is the base unit of RMB. It is used to denominate bills, and is the unit in which prices are measured. 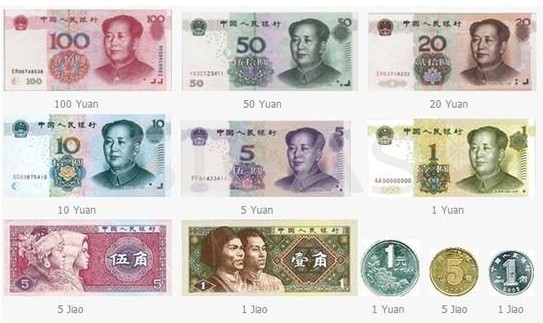 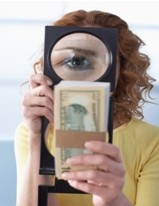 Counterfeit money is relatively common in China so it’s important that you can distinguish it from real money. There are certain telltale signs that a note is fake, and the government has come out with detailed instructions how to identify counterfeit notes.

If someone gives you fake notes when giving change, you must refuse to accept the money on the spot. If you take the money and then return later, any hope of getting real money is lost. If you attempt to spend counterfeit money and someone notices, they are legally able to confiscate the notes and hand them over to a bank.

When someone hands you money for any purpose, don’t feel shy about checking for counterfeits. You’ll find that many Chinese will do this when you hand them money as well. It’s also a good idea to refuse to take money that is torn or in very bad shape, as some shops and restaurants may refuse to take it and it will be difficult to spend.